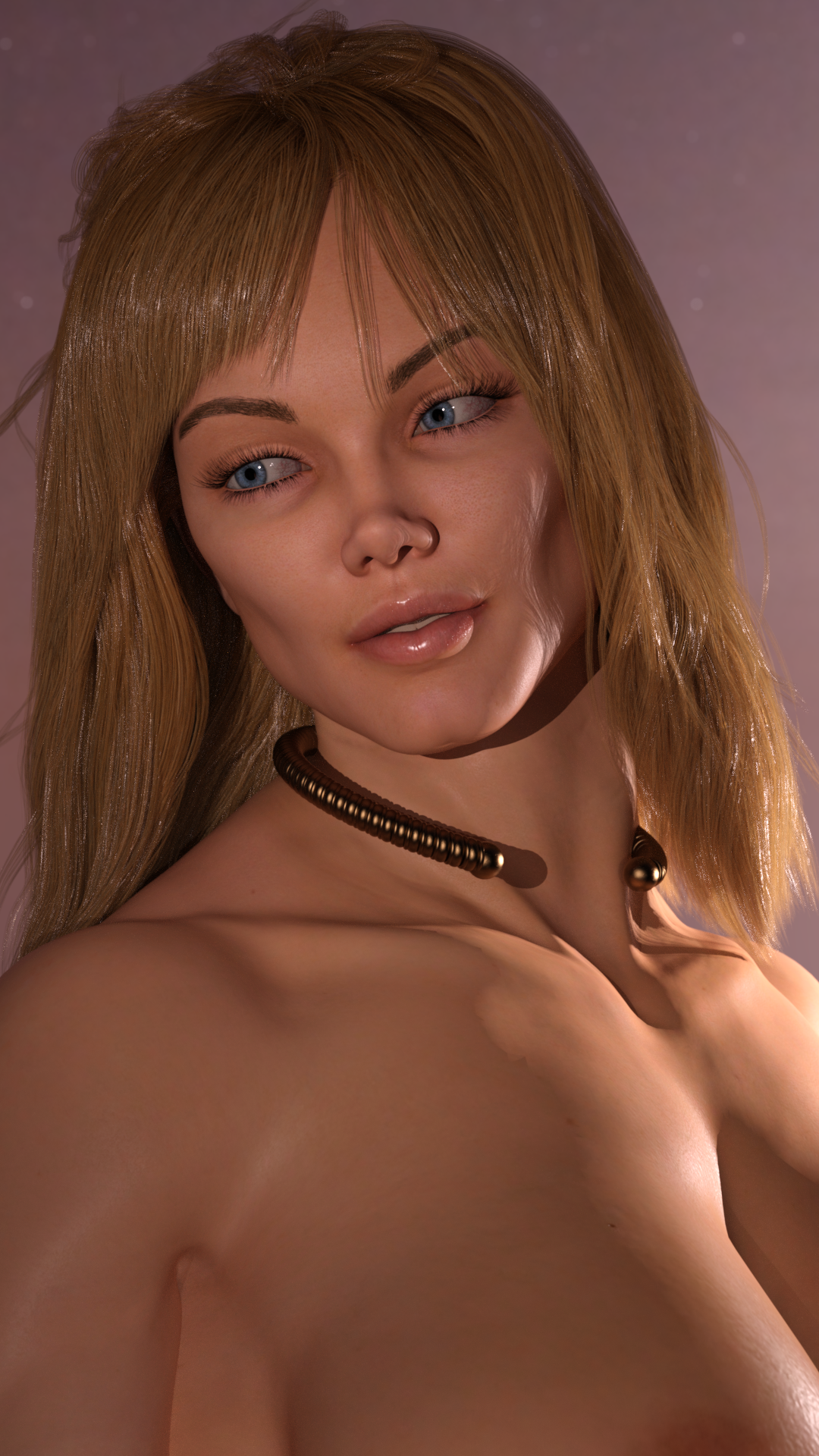 Just at the moment, we’re temporarily stalled on the animation project. So we’ve taken advantage of the lull to revisit the Gen 8 model of Zona, and I think this time, even more than last, we’ve hit it on the head. So Brian came up with a couple of pinups of her of which this is a closeup. If you want to see more (much more) become a Patreon patron at https://www.patreon.com/JEDraft

This site uses Akismet to reduce spam. Learn how your comment data is processed.